Supa Fly Promotions
Start Business IMF warns on inflation, says the Fed and others should be prepared... 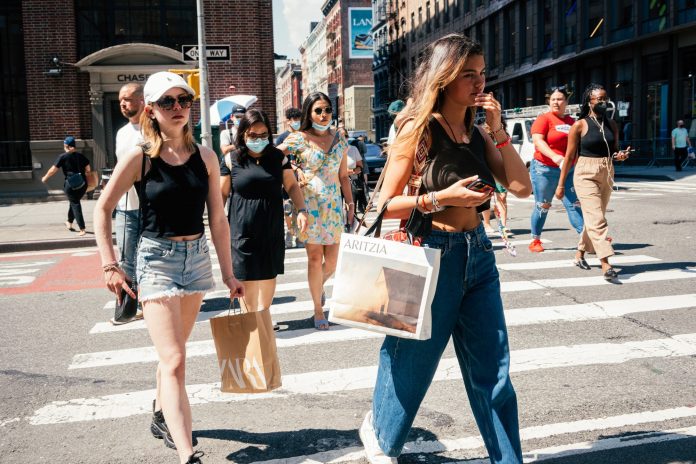 Central banks such as the Federal Reserve should be prepared to tighten policy in case inflation gets out of control, the International Monetary Fund warned Tuesday.

While the IMF said it largely concurs with assessments from the Fed and other economists that the current global spate of price increases eventually will ease, it noted there is “high uncertainty” around those forecasts.

The cautionary tone mentioned the U.S., as well as the UK and other developed economies, as places where “inflation risk are skewed to the upside.”

“While monetary policy can generally look through transitory increases in inflation, central banks should be prepared to act quickly if the risks of rising inflation expectations become more material in this uncharted recovery,” Gita Gopinath, the IMF’s economic counselor and director of research, said in executive summary accompanying the report.

“Central banks should chart contingent actions, announce clear triggers, and act in line with that communication,” she added.

Fed officials have stated that the primary weapon to fight inflation is hiking interest rates. The U.S. central bank has not raised rates since 2018.

The warning was part of the IMF’s quarterly update on global economic conditions. The fund slightly downgraded the outlook for global growth this year, but slashed the U.S. GDP forecast by a full percentage point from its July outlook, albeit to a still robust 6 percent that is ahead of the 5.2 percent forecast for all developed economies.

With inflation running around a 30-year high in the U.S., the Fed has had to wrestle with when to start pulling back the extraordinary policy help it has provided since the Covid pandemic crisis began in early 2020.

Though the IMF did not single out the Fed, much of its assessment on inflation indirectly addresses a major policy adjustment the U.S. central bank made in September 2020, when it said it would be willing to allow inflation to run hotter than normal in the interest of generating full and inclusive employment.

That type of policy carries some danger with it if inflation expectations start to surge, the IMF said.

“In settings where inflation is rising amid still-subdued employment rates and risks of expectations de-anchoring are becoming concrete, monetary policy may need to be tightened to get ahead of price pressures, even if that delays the employment recovery,” the report said.

Waiting for employment to rebound more strongly “runs the risk that inflation increases in a self-fulfilling way,” which then would undermine Fed policy, the IMF said.

The Fed uses what it calls “forward guidance” to paint a clear picture to the public about what its future intentions are and what criteria it will use to change policy. In its warning, the IMF said communication will be key to avoid disruptive shocks to the economy form changes in policy course.

“The unprecedented conjuncture makes transparent and clear communication about the outlook for monetary policy even more critical,” the report said.

JPMorgan Chase CEO Jamie Dimon is among those who see inflation cooling, saying Monday that he expects the supply chain issues that have contributed to price surges to clear up in 2022.

More information about the current U.S. inflation picture comes Wednesday with the release of the consumer price index for September. Economists expect that prices of a basket of common consumer goods rose 0.3 percent for the month, bringing the year-over-year gain to 5.3 percent.