Supa Fly Promotions
Start Business After 9/11, China grew into a superpower as a distracted U.S. fixated... 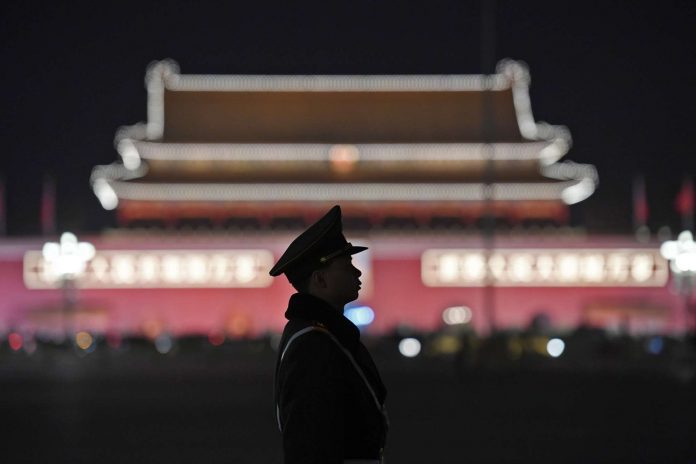 WASHINGTON — Twenty years ago, White House officials were worried about China, and tensions were rising.

On April 1, 2001, a Chinese fighter jet collided with a U.S. EP-3 reconnaissance plane off China’s coast, forcing the Americans to make an emergency landing on Chinese territory. The Chinese detained the U.S. crew for 11 days and carefully inspected the sophisticated aircraft before they handed it over. Washington accused the Chinese fighter pilot of reckless flying. Beijing demanded an apology.

The incident reinforced the Bush administration’s view that China was America’s next major adversary.

But on the morning of Sept. 11, Al Qaeda extremists hijacked four airliners and crashed three of them into the World Trade Center in New York and the Pentagon in Virginia. America’s attention abruptly shifted to the “war on terror.”

U.S. troops deployed to Afghanistan and the Middle East, and the challenge posed by China was set aside for nearly two decades.

“It was a huge mistake for the United States to focus on the war on terror, because the real challenge was going to come from China,” said Mahbubani, a distinguished fellow at the National University of Singapore.

“While you were busy fighting wars, China was busy trading,” said Mahbubani, the author of “Has China Won?”

As the U.S. was bogged down fighting Islamist militants in Afghanistan, Iraq and elsewhere, China’s economic and military power grew exponentially. Beijing built up its missile arsenal, extended its reach in the South China Sea by constructing artificial islands, stole intellectual property on a massive scale and pursued predatory trade tactics, experts say.

“After 9/11, China very quickly realized that Washington’s strategic focus would be shifting 3,000 miles away, away from the East China Sea, away from the Taiwan Strait and into Afghanistan,” said Craig Singleton of the Foundation for Defense of Democracies, a think tank. “It was an opportunity to quietly develop very coercive military capabilities that were all designed and intended to expand its power in East Asia.”

James Lewis, a senior vice president at the Center for Strategic and International Studies, a think tank, said that the 9/11 attacks did not alter China’s goals but that they created the chance to close the gap with a rival distracted by the “war on terror.”

“They were doing the same things all along, and we slowed down,” he said. U.S. officials at the time assumed that “we could put the China problem on the back burner while we brought democracy to Iraq and Afghanistan,” said Lewis, who worked on national security issues in several administrations.

The U.S. spent an estimated $8 trillion on the wars in Afghanistan and Iraq and on other fronts in the fight against terrorism, according to a report by the Costs of War Project at Brown University.

Lewis said the money could have been spent on research and development, modernizing the country’s infrastructure, building high-tech weapons “and all the things we could have done over the past 20 years.”

Preparing for the wrong adversary

While China ratcheted up defense spending on ship-killing missiles in the western Pacific and expanded its navy, the Pentagon revamped the Army to take on insurgents in the Middle East armed with AK-47s, and the Air Force grew accustomed to operating with total air superiority.

“We gave them 20 years, and we retooled our military for a fight totally irrelevant to the principal security challenge of today,” said Evan Medeiros, the Penner Family Chair in Asia Studies at Georgetown University’s School of Foreign Service.

After the 9/11 attacks, the Bush administration reversed course with China to gain its support at the U.N. Security Council for the fight against Al Qaeda, easing pressure on Beijing over human rights and pressing Taiwan to hold off on an independence referendum. At Beijing’s request, in 2002 the U.S. declared an obscure Uyghur organization, the East Turkestan Islamic Movement, to be a terrorist group.
The move, and the rhetoric surrounding the fight against terrorism, gave China a justification to crack down on Muslims in China, experts said.

IMF warns on inflation, says the Fed and others should be prepared to tighten policy