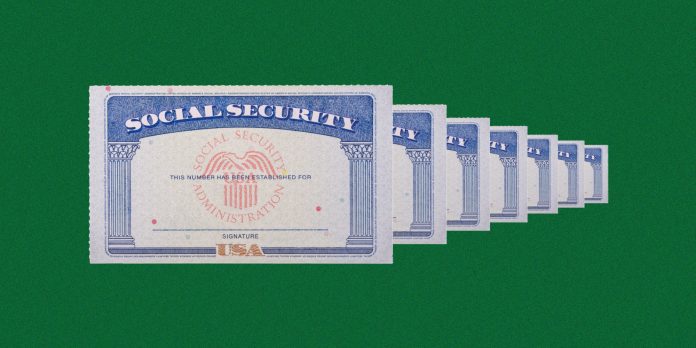 The Social Security Administration’s announcement that 70 million beneficiaries are getting, in effect, a 5.9 percent raise next year comes as welcome news for seniors — but for many, that hike can’t come soon enough.

More than 64 million recipients of Social Security will see their benefits increase starting in January due to the annual cost-of-living adjustment, with recipients of Supplemental Security Income seeing that increase kick in as of Dec. 30, the agency said. The average monthly Social Security payment to retirees will rise to $1,657, a $92 increase. The average disabled beneficiary will see a $76 rise, bringing their monthly payment to $1,358.

The Social Security Administration’s announcement comes on the heels of yet another higher-than-expected inflation reading, which reflected prices rising by 5.4 percent on an annualized basis. The Consumer Price Index also measured a 0.4 percent increase on a month-to-month basis, and Americans are becoming more worried about the long-term implications for their financial security. According to a recent survey by Allianz Life Insurance Company of North America, nearly 4 in 5 Americans are bracing for rising prices over the next year; 72 percent said they worry that the higher cost of living will jeopardize their retirement.

“Higher prices are a burden, particularly on lower-income families… and they have been higher than people have seen for decades, so there is cause for concern,” said Claudia Sahm, senior fellow at the Jain Family Institute and former economist at the Federal Reserve. “The cost-of-living adjustment to the Social Security benefits is extremely important, ensuring that elderly individuals, retirees and other family members who are on the benefits are able to continue to pay their bills,” she said.

Some economists opined that the real-world impact of rising inflation is actually higher than the government data would suggest, pointing out that the index was held down by a reversal in the momentum of previous price spikes in a handful of specific categories such as airline tickets and hotel rates — drops which are unlikely to last.

“The fading of the delta wave is very likely to trigger a clear rebound in the Covid-sensitive components,” Ian Shepherdson, chief economist at Pantheon Macroeconomics, said in a research note. Shepherdson also pointed out that increases in fuel and food — two components stripped out of the so-called core CPI, even though they reflect some of the most common things people pay for on a regular basis — were high.

This worries economic experts as well as ordinary Americans — even those benefiting from the increase — the largest by percentage since 1982, when it rose by 7.4 percent. In response to the announcement posted on the Social Security Administration’s Facebook page, commenters fretted that even a 6 percent bump in their benefits wouldn’t keep up with the climbing cost of gas, groceries and other expenses, including health insurance and prescription drugs.

“The changes don’t make sense to me,” said Donna Purchase. “I’m a coupon shopper. I’m very good at that, and we plan our meals for the week and we shop sales, but things are really creeping up… especially fruits and vegetables — just try buying apples,” she said. “They’re crazy prices, and the meat is just outrageous.”

Purchase, 76, lamented her decision to draw Social Security as soon as she was eligible rather than waiting a few years to increase her payment. “I should have waited longer,” she said. Even living in a rent-controlled town home, the Washington, D.C., resident relies on her four children to help pay rent and medical bills not covered by Medicare, such as a root canal she underwent. “Without the family help, we’d be in trouble,” she said.

Economists say Purchase’s financial challenges are going to become increasingly common as long as inflation continues to squeeze household budgets. A rising cost of living tends to hit Social Security beneficiaries — mainly seniors and retirees — harder than the population as a whole.

“Individuals who are retired don’t have the same ability to go out and get another job” or pick up extra shifts to supplement their income, Sahm said. “This is really important to financial security.”

“For most retirees, Social Security is their No. 1 source of income,” said Eric Diton, president and managing director of The Wealth Alliance. A low interest-rate environment means that retirees seeking to preserve their savings are seeing minimal returns, he said.

With 10-year Treasury bonds hovering below 1.6 percent, even a million-dollar nest egg would only generate less than $16,000 in annual income, Diton pointed out. “Even though there’s a portion of a retiree’s income increasing, and that’s helping, the fact is they have other sources of income that are not increasing and have probably declined,” he said.

And, he added, those with retirement savings are the lucky ones. “People who have little to no savings — this Social Security increase of 5.9 percent is life changing to them, for sure,” he said. “I think they’re suffering.”